What is a computer network?

A LAN is a computer network which spans over a small geographical area such as home, building, office, etc. In LAN, computers are placed relatively close. Since computers are located within small distance, they do not need special devices and cables to connect with each other. 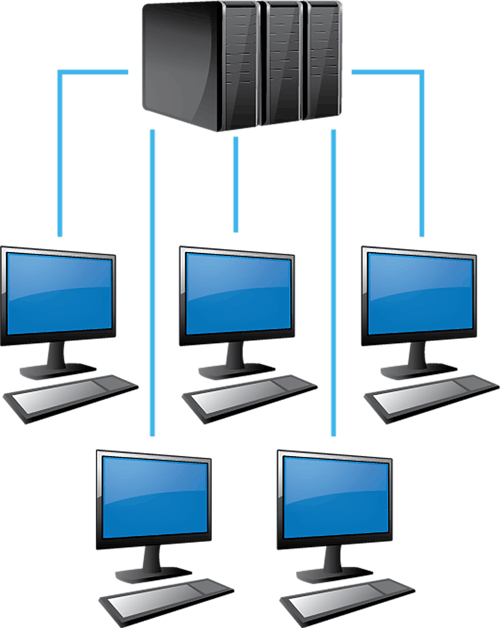 A MAN is a computer network which connects two or more LAN networks within same city. When due to distance connecting two LANs is not possible, MAN network is used. It is larger than LAN but smaller than WAN. It deploys special devices and cables to connect the LANs. 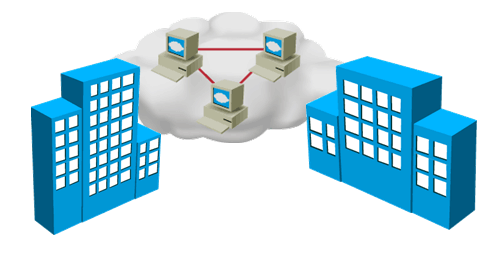 WAN is a computer network which spans over a large geographical area such as state, region, country etc. WANs are typically used to connect two or more LANs or MANs which are located relatively very far from each other. To provide connectivity, this network uses special devices, cables and technologies. 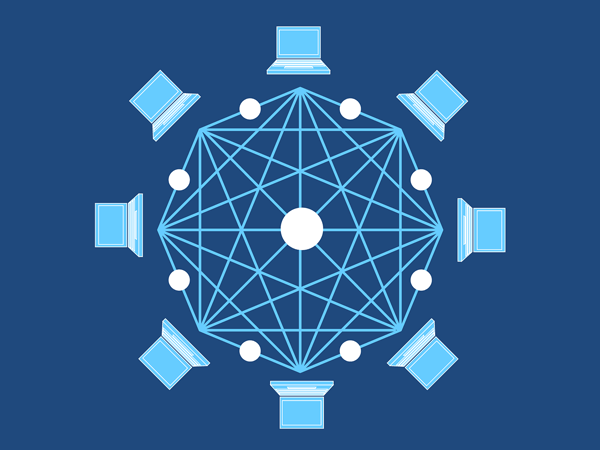 Above categorization (LAN, MAN and WAN) of computer network is purely based on geographical location. It has nothing to do with
the number of computers in each network. For example, if one computer is located in Delhi and other computer is located in Mumbai,
connecting these two computers is the example of WAN networking. Just like this, if a company starts a new branch office with 500 computers and all
these computers are installed within a building, this network will be considered as a LAN network.

There are three more types of computer network based on geographical location but they are rarely used to define the network. In real life you may skip these but if you preparing for job interview or for any networking exam, you should learn these also.

Same as LAN network, but it is limited to a specific person or location such as home network. This network is usually setup for sharing resources such as internet and printer within personal computers. 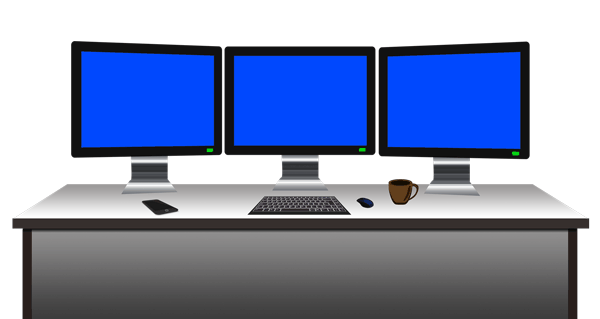 Same as MAN network, but it is limited to a university or an academy. This network is usually setup for educational activities such as classroom updates, practices labs, emails, exams, notifications, polls, etc. 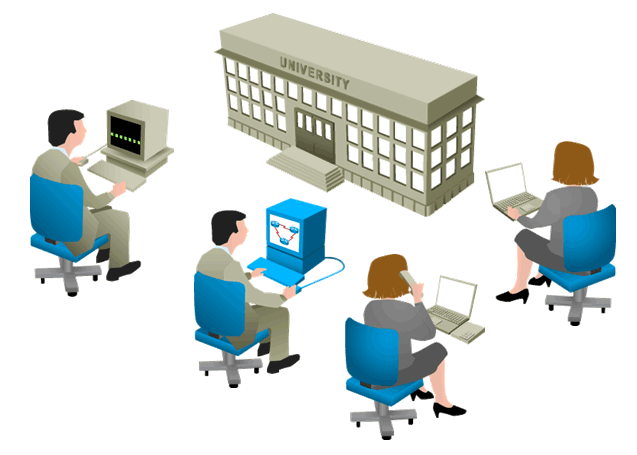 Same as WAN network, but it covers unlimited geographical area. For example a company has an office in Delhi and another one Washington D.C.,
connecting these two offices will be considered as a GAN network. In other words, GAN is a computer network which connects two or more WANs. This network is increasingly gaining popularity as many companies are expending their working area beyond their native countries. 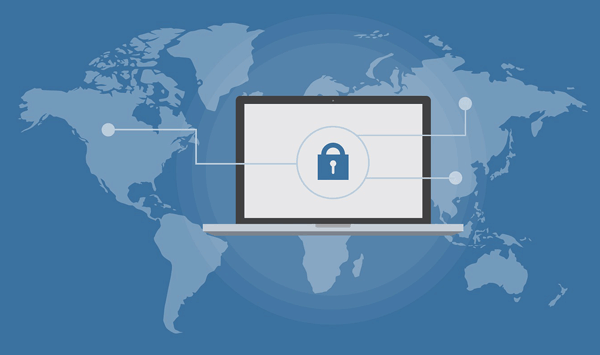 This is the largest computer network ever created by mankind. It interconnects thousands of millions of computing devices including PCs, Laptops, Workstations, Server, Smartphones, tablets, TVs, Webcams, Environmental devices, Automobiles, Security cameras and many mores. According to a report published in January 2018, there were 2150 million end systems connected with the Internet. To connect these devices, a lot of technologies and infrastructure are used. Internet is open for everyone. Anyone can connect with it. Since anyone can connect with it, it is also considered as the most insecure network. 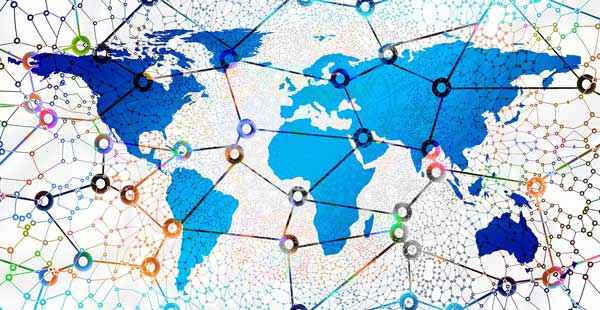 The internet sounds similar to Internet but it is different. The word Internet starts with capital I, while the word
internet begins with small i. Any group of network which is connected with external network through a gateway such as BGP is considered as internet. Usually this type of network is setup to provide the connectivity between two companies.

Intranet is a computer network which is controlled and administered by a single entity such as company or organization. In Intranet, external users are not allowed to connect. Usually in this network, proper authorization is required to access any resources. Further each access is monitored and logged to ensure that only authorized users get access.

An Extranet is an extended Intranet where external users are allowed to access a small portion of network. Normally this access is filtered and secured by several security implementations on both hardware and software levels.

VPN is the cost effective solution to utilize the goodies of Internet. Companies which can’t afford their own infrastructure for connectivity can use VPN. VPN provides a secure connection over the Internet. For example a company has two offices; one in Delhi and other in Mumbai. Now suppose, company can’t afford a dedicate line to connect these two offices. In this case company can use VPN to connect both offices. VPN creates a secure line over the Internet and uses it for data transmission.

In this network, a dedicate computer known as server provides sharing resources. All other computers know as clients are used to access the shared resources. This type of network is commonly used in company environment. It provides great security features but requires special hardware and software to setup. 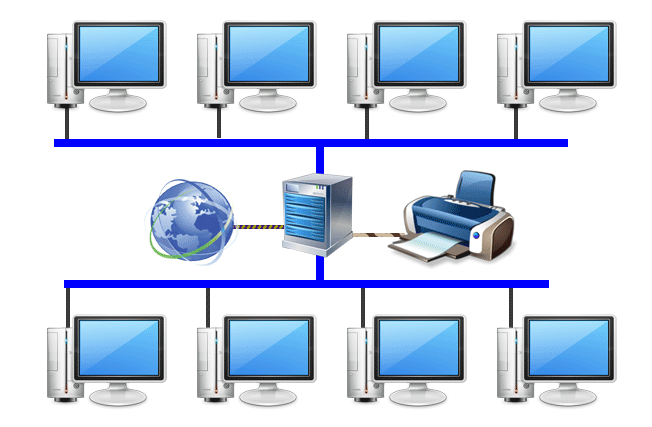 In this network, all computers are equal. Any computer can provide and access shared resources. This type of network is usually used in small office or home network.
It is easy to setup and does not require any special hardware and software. The downside of this network is that it provides very less security. 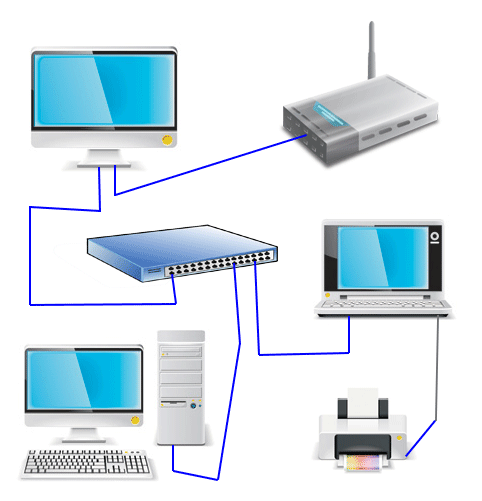